After years of running away from our obligations, as a familly, to get together once in a while, we had to force ourselves to move to the country that is among the furtherestest away from african organization (not Singapour, not Germany, not Sweden, not Switzerland, even if they are strong competitors): Australia. Louise's brothers have the immense priviledge of living in Perth, so there we went. We cleaned our shoes, checked all our pockets for extra unwanted seeds and pods and boarded. the trip was relatively short: Beira-Harare (9h by road), Harare-Joburg (12 hours) and joburg-Perth (11 hours by plane). Louise was 7 months pregnant when we left, way past 8 when we came back.
Oh, and for her and the kids it was also their final departure from Beira. 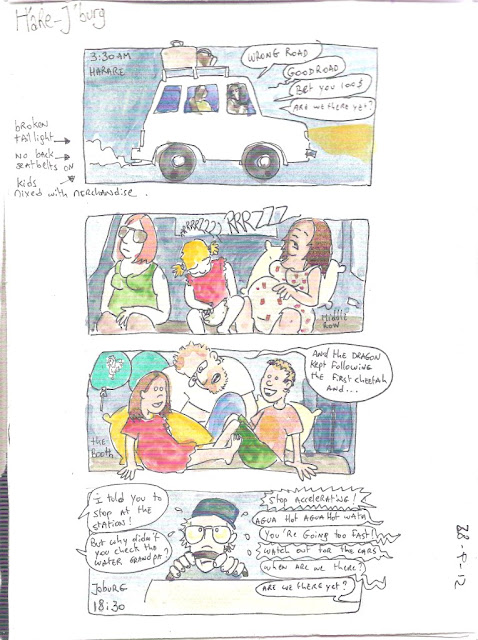 The interesting thing about driving in zim, is that police officers are always helping you to discover hidden paragraphs of the road code. And after them informing you of the expiry date of the fire extinguisher, the no mixing kids with merchandise and the strap the granny in the backseat laws, they are very keen to show empathy and risk their job, waving the strict fine and obligation to send you to the police office for the next 10 hours for a smaller fee of 20 usd and safe journey wishes. In Mozambique we always could talk ourselves out, but this is harder with a mozambican number plate, a car full, at 4 am in Zim, police officers just know that they have more time than you.
So we strapped pat, put the kids inside the suitcases and rewrote the expiery date for the fire extinguisher, then we went.
Smooth drive until Beitbridge border, as usual notoriousely terrible border on the South African side, my friend Lianne shared some of her experience in her blog http://africafarandwide.wordpress.com/
then the car started to heat up quite badly, so we had to drive extra carefully for the last 100 km, which is always the best time, after having spend 13 hours in a car, with 4 adults (my inlaws will never accept to be refered as seniors) and 3 kids. . 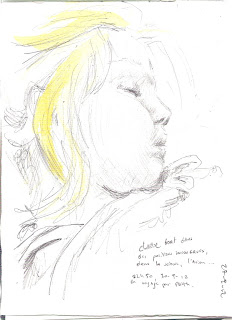 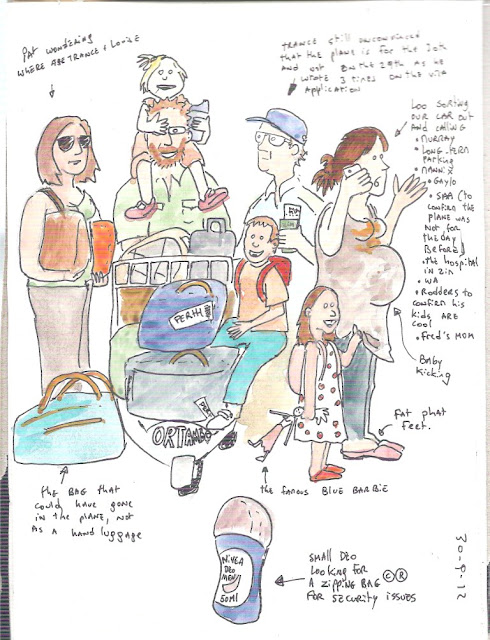 Plane to Australia, 10000000 things to deal with, amongst those, the doubts on the departure dates, raised by trance, and the fact that we just handle the keys for our car to a stranger, for long term parking, and got no receipts, only a phone number. hm. Oh and louise also had to plan the hospital for the birth of the baby, couple of weeks after our return. Apparently we should have planned it earlier. hm.
then at the plane luggage control, a zealous  security officer wanted to keep my 50 ml nivea deo for men, because it was not put in a transparent zip-lock bag. how anal. So I asked people that went through the security before me if anyone could lend me his ziplockbag, so I could hope not to stink too much in the plane. People cling to their ziplock bags more than to their underwears it seems and I was not getting many positive responses, until a charming liberal lady, stood up, faced possible persecutions and handled me not one but two ziplock bags. One blue zip and the other purple. I asked the security to choose which one he prefered for my deo, he choosed the purple, I argued that the blue would suit the deo better because blue is for boys and the deo is for men. Then again. He wished me a safe journey. Humans in uniforms, positionned to implement things they have no ideas about are always miracle makers. 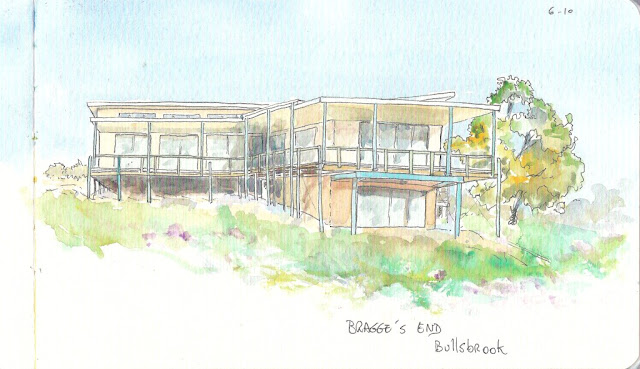 Wa and kate have build their house alone and it is awesome. because they were stuck with the difficult bits, they were really overjoyed to see us coming to help them putting rails for the curtains, building storage space and screwing handles for the cupboard. We really felt like we made a change. 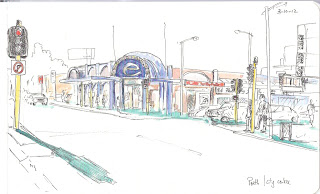 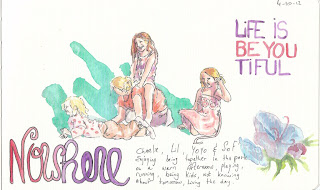 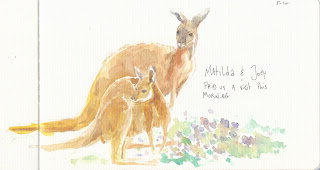 Oh and in the field next door to the house were alpagas. so many birds, kangoroos coming up and down, horses, dogs and alpagas. How cool is that? 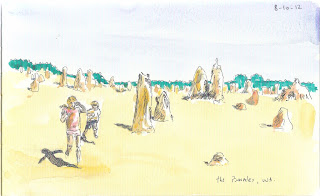 Now the pinnacles are amazing, a piece of desert, with standing stones all over. Really special, great for the kids to run all over the place. 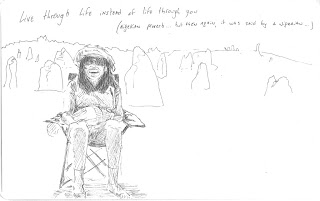 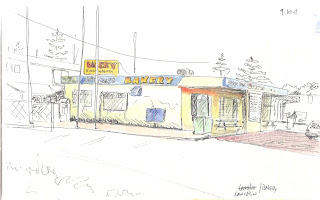 At rodders place, when the wold was crumbling, he showed trance youtube's finest achievement: its collection of underground alabama style country music videos. Put it on full blast (to show that the speakers can actually compete with a beninese playing Celine Dion in a buvette), and have a sip of your beer.
trance and rodders were enjoying, kids were annoyed not to have access to the computer to play minecraft or to play gangam style and dance, and the rest of the adults were seeking refuge in the garden, sipping beer and burning meat. 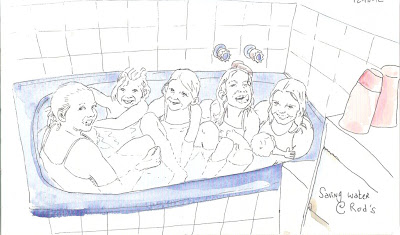 The girl's bath. it was not the last sunday of the month so I did not get the boys to wash. Who came with that rule anyway? 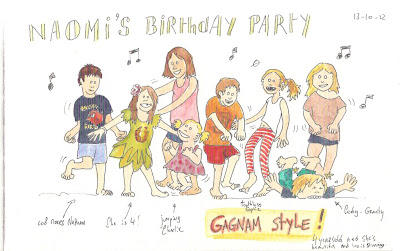 The 8 kids. missing from the picture is Elena, born a month and a half later. 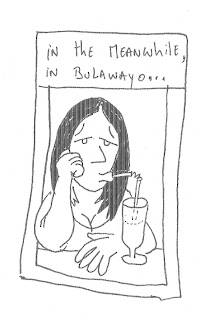 Gaylo shared her moods, like that it was as if she was with us, in a way. Hahaha. 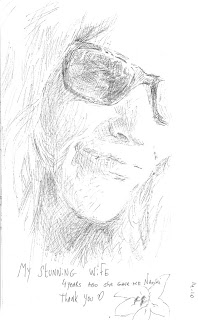 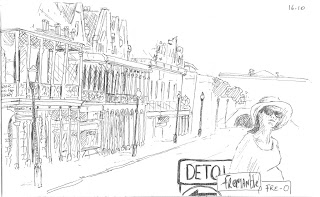 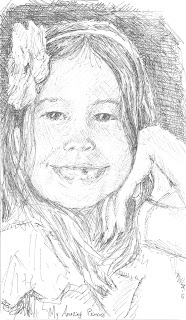 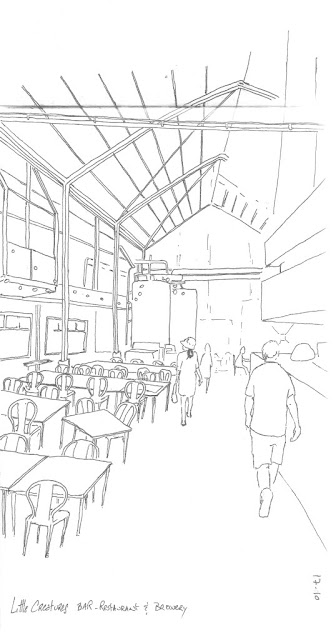 Little Creature (https://littlecreatures.com.au/ ) is a really good address for tasty beer (their pale ale is flowing smooth), even if it looks more like a beer-factory than a brewery, the taste is great. And, they dish food faster than at Nando's, which is the equivalent of speedy gonzales in restaurant terms for Mozambique. In moz, when you eat out, once you get to understand what is available from the menu, eather you have good company, or a book, or something to do, for every restaurant tries to have you empty the bar before they will serve you something. At little creature, you order from one girl, and a guy comes from behind her to dish you. Impressive, but with a feeling that we are not wanted, that is what expecting to wait for hours does to your expectations, once it is too fast, you feel like you are missing the fact that you actually eat out.

Couldn't go to australia without testing the gold digging. Unfortunatly we came back empty pocket, but with enough beers to drown our sorrows. In a way it is yellow as well and makes head turn. 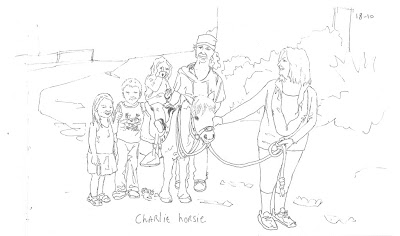 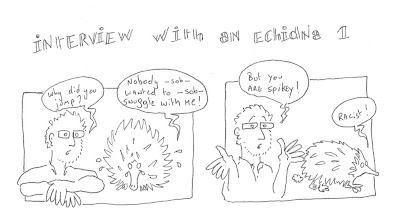 oh, and from our gold digging expedition, we brought back an echidna and a blue-tongue lizard. We had to save them from certain death. We would never pick animals randomly like that.
So the kids were trilled to see the animals. unfortunatly the first night, clever echidna disappeared from the box we put him in. And probably jumped from the terrasse for greener pastures.
The blue tongue stayed with us for a few days, being rather tame and enjoying the food. then he as well took the big leap. 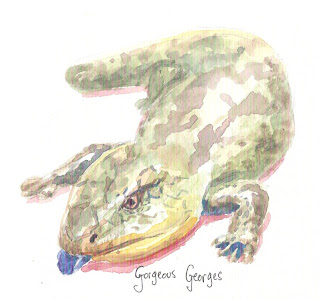 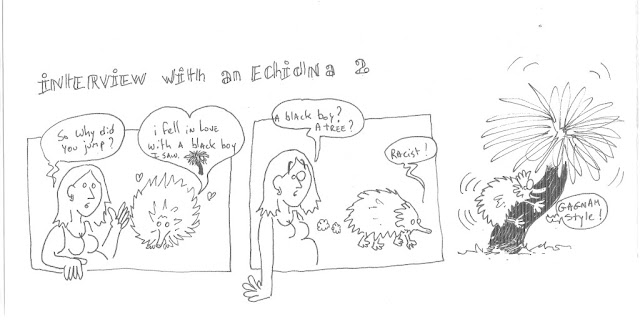 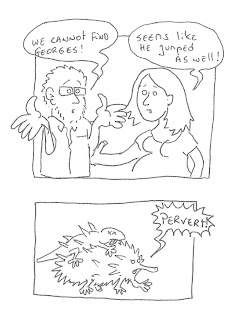 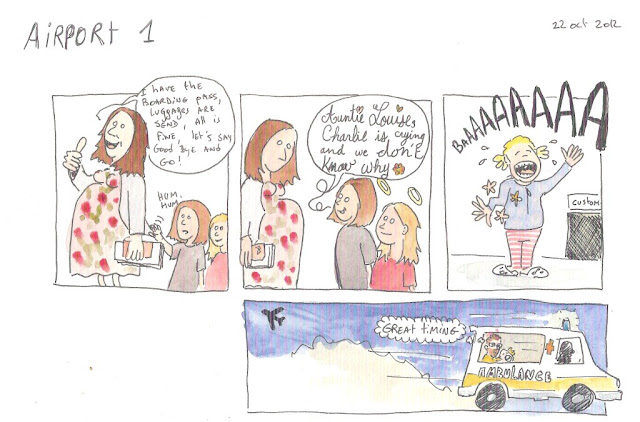 That was quite a sleek thing for us to do to get Louise in the plane without the pilot, air hostesses and  crew member to stop her due to her neverending belly. The girls were playing throwing Charlie around not knowing that it could be harmfull. Actually any doctor or medical staff, or child of a doc would have instantly been able to assess the risks and stop the unnatural movement and loopings. Well, then again. so her elbow was out, her voice showed new pitches and i stayed behind, to go to the hospital whilst louise and the crey were flying to joburg.
So the last 3 times we took the plane as a familly, the first time to go to belgium, louise was unable to travel the same day, the second time when we flew to Chicago, we did so with a 40° deliriousely ill Naomi, and from Perth, we only had a pulled elbow. Cannot wait for the next trip en famille. Normally in august this year. I shall not disclose to where nor when, its bad karma.

yes, the next day, had to get prepared, and wa was most accomodating in helping me waiting for the plane. good one.