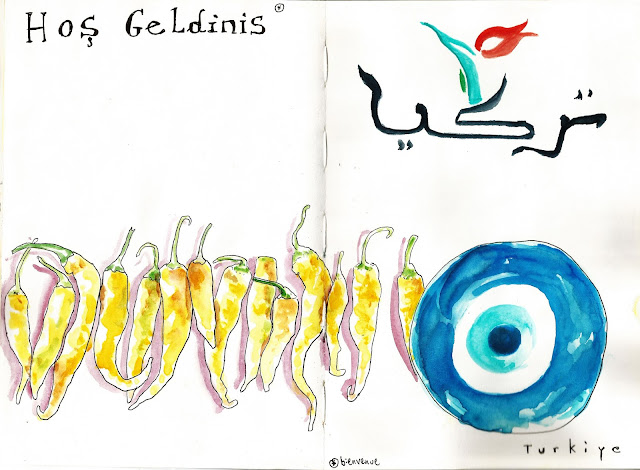 Antakya is on the border with Syria. It use to be called Antioch, the city is as old as history, and you can feel the wisdom of the time in its streets. To live in such closeness with the past makes people somehow more grounded. History teaches changes and shows that with the consideration of time, surviving depends on cooperation, care and support between people. Strength, violence and force are short lived. It is no wonder why fundamentalists and autocrats of all kinds spend so much energy to re-write history, to destroy sites and foundations. Those are signs of their failure.
In the old part of the city, many doors are adorned with blessings and the symbols of the religions of the book, the cross, the star, the crescent.
My Syrian colleagues told me the stories of their country and of the peace that was existing between the faith, tales of the past and forgotten great men like the Poet Al Ma'arri, of holy sites that are shared between communities, stories of beauty. I found it important, given that now Syria and the region is mostly presented through the lenses of violence, fundamentalism and intolerance. It just puts things in perspective. How small bands of men can do so much harm, how they are so far away from the deep desire of peace and compassion the vast majority of us seek. Fundamentalism and bigotry don't stand the test of time, but they destroy so much. Totally uncool. 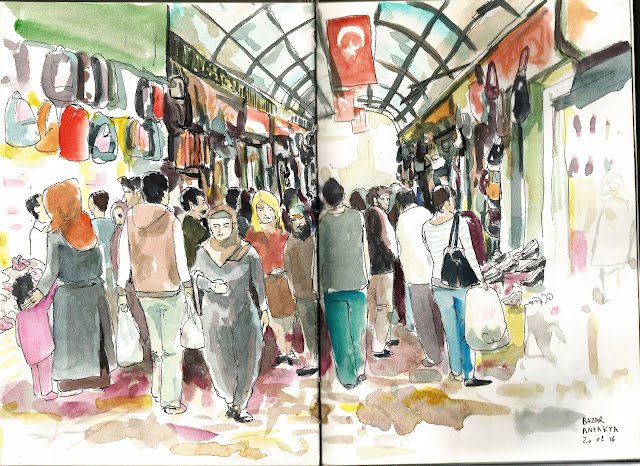 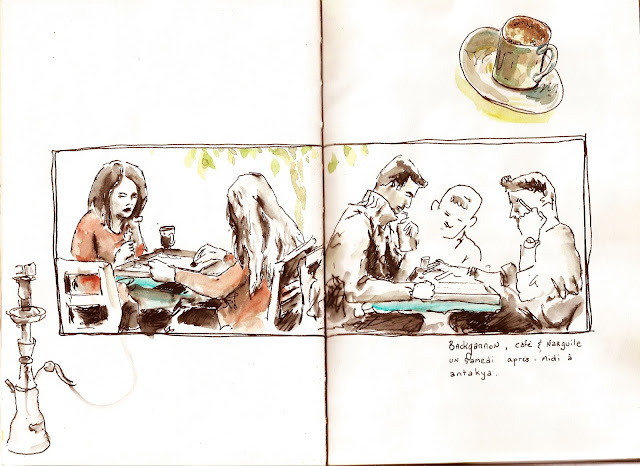 On the other side of the mountain, less than 50 km from Antakya, in Syria, people's lives are destroyed. My colleagues told me their stories, the ones of their families, their friends or strangers. They taught me hope, bad things are always short lived. Inch Allah.
In Antakya-city one cannot really feel the conflict on the other side ofthe mountain. A great part of the population is Syrian, the city is on the border, but life continues as if nothing is happening. People meet, shop, play, smoke, go on with their lives. There are, for sure, tensions, but they don't sweat to the eye of the outsider. Stillness.
And bombs exploded in Ankara, a kind reminder that Turkey as well is involved in the conflict. Every months there are new fronts, and they are feeding more violence, more radicalism, more intolerance. Lybia, Ivory Coast, Nigeria, France, Burkina Faso, Belgium, Syria, India, Pakistan, Afghanistan, Malaysia, USA, Somalia, Kenya, Turkey, Lebanon, Israel, Palestine, Egypt, the UK,... when naming countries starts getting in the 3 digits. Violenceis widespread, but always you see solidarity, compassion, empathy and greatness.

And the war will stop. I have been invited to share food and good company by friends in the other side of the border. In time of peace. 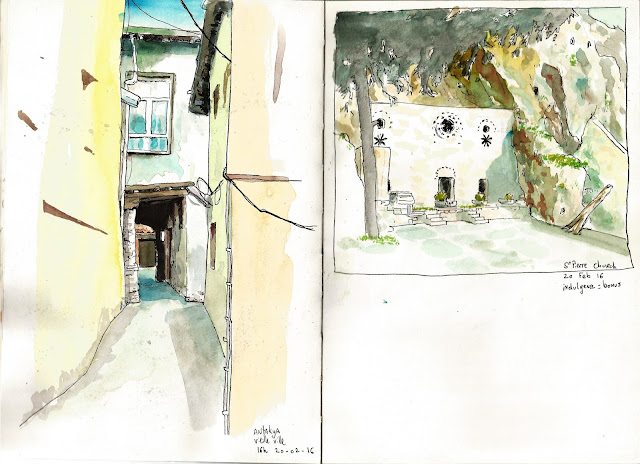 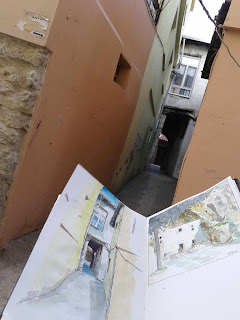 Also, in the outskirt of Antakya, carved in the stone of the mountain is one of the oldest christian church. St Peter's Church. It is very impressive to feel 2000 years of worship in the cave. I got to be there whilst muezzins were calling for the prayer, and it all made sense. Another bonus one gets from visiting the church is that you get an indulgence (granted by the pope to all who reach the church). An indulgence being a grant (the pope can give) of remission of the temporal punishment in purgatory still due for sins after absolution.
So I basically am a better man. 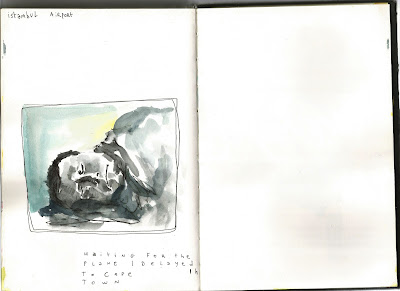 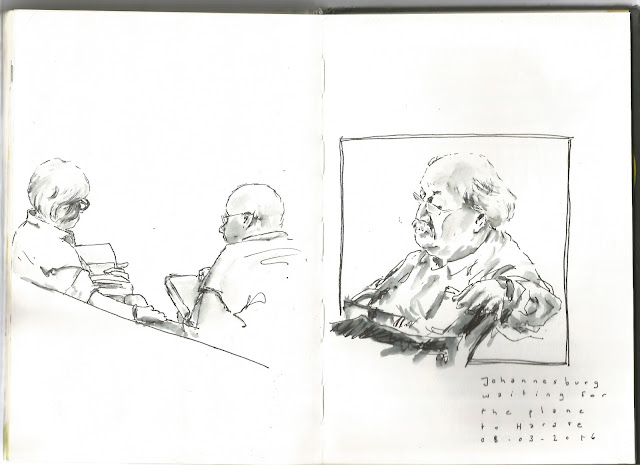